The stage has followed me since the age of seven. I was selected to star in a Christmas church play, in a production called “It’s the Truth Ruth” as the character of Ruth. I can still sing my catchy solo in my head when I hear that title. Those were the days; when people didn’t care that you were horribly off-key because you were only seven. Or at least they were nice enough not to tell you.

I wish I had pictures of that performance. You’d laugh at the sight of the fourteen-year-old who was three times my size yet cast to play my husband. He had to squat or bend down the entire length of the musical. Even Mary and Joseph towered over me. I looked like a midget, but I didn’t freak’n care because I found my first love; the stage!

I’d spend the next nine years saying I wanted to be an actress. There weren’t many opportunities for a homeschooler to act, but I took every opportunity that came to me. The best option came in the form of “human video”. This is a popular skit hybrid in the Assembly of God church, where performers act to a song instead of using their own voices.

I’d also take an improve and acting course at the Bloomsburg theater school during my senior year of high school. But, I’d ultimately choose to go to culinary school in NYC instead of pursuing acting as a career.

I’d find opportunities to perform at our church, and I’d have fun with it, but it was never enough to quench my thirst for the stage.

Then I got a job at Rock Solid Academy as an art and theater teacher. I loved it (still do)!

The principal at the time had a desire to have the school put on a performance of The Sound of Music and asked if I could undertake it. I excitedly agreed, but after researching the cost of the rights we quickly realized a private school could not afford such an astronomical number.

Then an idea crept into me head; I could write a play. In fact, I could use The Sound of Music story as a rough template. Why not? The writing bug had already bitten me a couple of years prior when I’d began The Judas Killer (it was only half complete at this time and existed as a totally different story). The only written work I had completed before this date had been poems and blog posts, but I still somehow knew it was what I was meant to do.

So, I dove in head first. And you know what? It actually came easy to me. I adored writing. I used The Sound of Music as inspiration and I twisted in my own experiences, family history, quips of humor, the story of Esther, and a salvation message. Once it was done, it was onto casting, stage designing, helping direct with our director (and fellow teacher) Tara DiMarco, and completing all the other intricacies which go into producing a musical.

I called it “The Sound of Praise”. It had a cast of over 20 kids from grades 3 – 12, with seven songs, two acts, an intermission, and a full-house standing ovation for all three performances.

I was blown away by The Sound of Praise’s success! 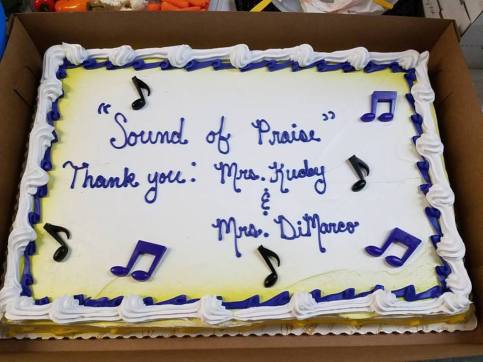 Fast forward two years and I’m at it again! I just finished the auditions for my new original play: The Novel Life of Tessa Gloom. It’s a drama about a high school book-worm who believes she is entitled to be completely and utterly miserable because her horrible life demands it. Then, she magically enters into the world of her books. She comes face to face with Alice in Wonderland, the little mermaid, the Count of Monte Cristo, Ebenezer Scrooge, the Mad Hatter, etc. while guided my Marmee March (Little Women). There’s a twist of a secret villain and a message which will hit close to home for both young and old.

I’m so excited about this play, and I can’t believe practices start in one week!! The performances are scheduled for May 10th & 11th at Rock Solid Academy. We have plans to make this into a dinner theater! Stay tuned for more details to follow. 😊 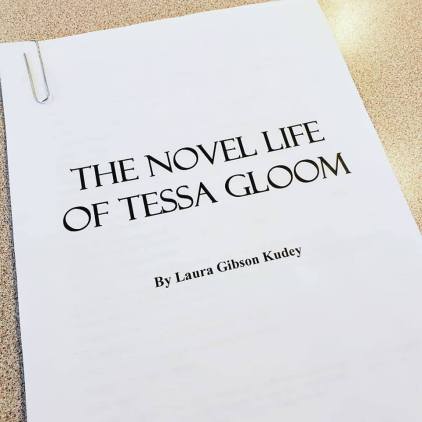 I also have the privilege of heading the human video group at Clark’s Green Assembly. I’m proud of this team & we’ve made it to the final round in the national Fine Arts competition the past 2 years in a row. Hoping this year will be our third!

So, my life’s script continues. My seven-year-old self would have laughed at the idea of writing and directing plays instead of performing in them. I never thought working behind the scenes would bring just as much joy and fulfillment as acting.

I still get to see and hear the audience’s reactions. I still get to work alongside talented performers and crew. I don’t get to memorize lines, instead I get to create them! It’s the best of both worlds and I can’t wait to see what the next act holds.

Get ready…the curtain is about to rise! And I don’t have to worry about singing off-key.